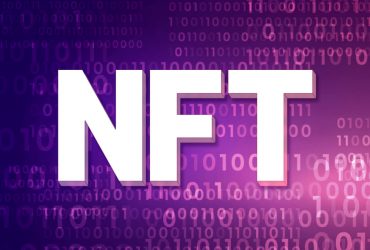 Marriage between art and NFTs can be controversial, but there is consistent data to prove the potential and efficiency of the cryptomarket for the valorization of digital and real works of art.

The tokens non-fungible ( NFTs ) have been through an explosion since the last year, an increase of about 10,000% in daily sales. While they’re not exactly new (the pioneers CryptoPunks and CryptoKitties were released as early as 2017), it’s only been in the last twelve months that the industry has finally taken the spotlight, with projects proliferating more than ever and prices rising exponentially.

Even today, however, many investors know very little about this somewhat eccentric market within the crypto sphere. This lack of knowledge becomes an obstacle to the expansion of the sector, as many are still reluctant to invest in something so difficult to value.

Therefore, we present here a brief overview of how this market operates, its evolution, and trends.

Art NFTs: A Sector of its Own?

Although many refuse to call collections such as Chromie Squiggle and even the CryptoPunks art, this attitude is nothing different from what has occurred in the art for at least a hundred years, at least since the famous work “The Source” by Marcel Duchamp. How to differentiate those NFTs that represent the possession of a work of art, separating them from NFTs with utilities in games and metaverses; and those who represent other types of rights?

Despite the possibility of tokenizing the ownership of works existing in the physical world, there is still a lack of applications capable of guaranteeing them. There is no shortage of traditional-type artists, such as painters and photographers, turning their works into NFTs, but when you look at the most expensive NFTs ever sold, you don’t find any non-digital work.

To understand why, it must be remembered that the NFT is not the work itself, but the right to it. And with real-world artwork, there’s an inherent distance between things. Let’s face it: would you feel like you own a painting hanging in someone else’s house, just because an NFT tells you that?

With generative art and smart contracts, this distance was abolished. The work’s generation process is inseparable from the generation of the NFT that guarantees the right to it. As much as everyone can see your image on websites, you will be its undisputed owner. Therefore, an NFT of digital work in a wallet works analogously to a canvas hanging on a wall.

In this way, NFTs still add to traditional art the advantage of being fraud-proof. If it is true that most of the works we see in museums are forgeries, with the arrival of the NFTs there is no room for doubt.

Despite that, don’t think that to create your NFT, you have to be exactly an artist: at OpenSea, the industry’s largest marketplace, the user can transform any image into an NFT for free. Thanks to Polygon compatibility, you don’t even have to pay gas to have it in your wallet. With these facilities, there is no shortage of people transforming all types of images into NFTs.

The NFT craze didn’t hit until 2021, but the technology behind NFTs is far from new. The idea has been around since at least the appearance of Colored Coins, in 2012. Other pioneers include “Quantum”, from 2014, and the game “Etherea”, from 2015, both practically unknown until this year.

The term “non-fungible token” would only become known in 2017, the year in which the ERC-721 protocol appeared. With the wide compatibility of a large network with Ethereum, the industry has really started to take off. It was already that year that the famous CryptoPunks was launched, the most valuable collection on the market.

It’s practically impossible to talk about artistic NFTs without talking about this collection. Today, CryptoPunks trade around $400,000 and have even made it to Sotheby’s, where the most expensive item in the collection was sold for an incredible 11,754,000 USD.

When they have launched four years ago, however, these NFTs were issued free of charge: you just had to pay for the Ethereum gas, which at the time was far from the current price. This is an opportunity that can only be compared to buying Bitcoin in the initial phase.

The importance of CryptoPunks within art NFTs is equivalent to that of Axie Infinity within play-to-earn games, or Bitcoin for cryptoeconomics as a whole. In addition to being a market leader, it established a model to be followed by any new project.

First, it inaugurated the fashion of collections with themed characters. When browsing these collections of NFTs today what we see most are countless figures of monkeys, cats, aliens, besides, of course, several reinterpretations of the punks.

Another established tradition was the use of generative art algorithms to distribute different attributes of greater or lesser rarity between each NFT. Thus, there are more or less rare NFTs, and consequently valuable, in a collection.

Therefore, participating in the issuance of a new NFT has a random character: you can get a relatively banal NFT, but also a very rare one. Combinations can reach hundreds of millions depending on the number of traits placed in the algorithm, but collections are limited to a small fraction of this number: the most common is around 10,000 units, the same amount as CryptoPunks.

For example, 25% of CryptoPunks have an earring as an attribute, but only 3% have 3D glasses, which makes them trade at above-average prices. No wonder, the most expensive Punks ever traded are aliens, of which there are only 9 out of 10,000 Punks.

Even though they have grown solidly since then, NFTs have remained relatively out of the spotlight, overshadowed by the proliferation of new blockchains and DeFi protocols. It was only at the turn of last year – with the needs brought about by the lack of income in the global pandemic – that artists and investors seem to have realized this practically unexplored sector. Since then, the market has seen the massive proliferation of other works following the same principles.

With such high values ​​being practiced, there is no shortage of people and teams looking for a place at the party. Daily, you can follow the launch of dozens of projects with prices ranging between tens and hundreds of dollars per item. For the usual size of 10,000 items in a collection, a release can yield millionaire values ​​to its creators, a drastic change in the landscape since CryptoPunks were generated for free 4 years ago.

The vast majority of collections do not seem to have so much potential, being re-readings (or copies) of successful projects, usually involving the most varied NFTs. While it’s hard to pin down which among so many could run into the thousands of dollars, it’s possible to discover several collections with more interesting ideas and teams more focused on long-term success if investors delve deeper into their research.

Sites such as CryptoSlam and OpenSea itself allow you to monitor the performance of the main collections as channels and profiles on various networks, such as the NFT Hub on Discord.

But there is also no lack of projects that use generative art to generate more abstract works, escaping from the classic characters. Among these projects, Fidenza stands out, both for its prices and for the art itself. It is a generative art algorithm created by the American artist Tyler Hobbs.

The immense variety of works in this collection is striking, and how each item is worthy of any modern art museum. As the maximum exponent of this style, Fidenza had works traded for millions. The project was launched on the ArtBlocks platform, which also hosts other of the most impressive collections on the market.

Outside the realm of generative art collections, works by Bipple stand out, as Mike Winkelman, another American artist, is known. He is the most expensive NFT ever sold, the work “Everydays: The First 5000 days”.

One obstacle to investing more in NFTs is that traditional financial market investors may not be familiar with how an art market operates. When looking at the price of a Crypto Punk and then at the picture, the investment doesn’t look secure at all.

As a store of value, these NFTs don’t convey much security either. The price depends on a consensus in the market with very shaky foundations. With the exception of a few projects, there are no revenue streams or utilities that allow you to value “traditional” tokens. Nor do they have the same liquidity as these.

Large investors can carry the price of collections on their own, drawing public attention to them. And it’s not much beyond that what differentiates successful projects from those that don’t. Therefore, it is common that the most valued works are not necessarily the ones you would consider the most beautiful, as it has always been the rule in the traditional art market.

The more prudent note is that moments of panic could lead to zero multi-million collections. The market, however, has been surprised by the increasing solidity it has shown: even in September, while altcoins witnessed double-digit decreases, the sector continued its explosive growth, oblivious to everything that was happening. It remains to be seen whether, in the future, they will continue to behave in this way.

Although the generative art standard is, in general, the same as established by CryptoPunks, some extra functionality is being added in increasing volume. To justify the relatively high fees charged for not-so-safe assets, new projects have offered holders several treats.

The Bored Ape Yacht Club (BAYC) has successfully given access to an exclusive virtual club with its own minigames. Other projects offer airdrops of future team releases, stake options, and even beauty contests. CryptoPunks themselves should start appearing in media products, being able to generate royalties for their holders.

Another trend, already more consistent, is the meeting between art and game NFTs, drinking at the source of Cryptokitties and BAYC itself. Play-to-earn games in development like Avarik Saga seek to turn their collection of NFTs into unique game characters, and Galaxy Fight Club goes further, promising to integrate diverse projects into a kind of Super Smash Bros. of NFT projects.

What can be expected in the future is also a greater convergence between art NFTs and royalty-linked NFTs. This last face of the NFTs is, without a doubt, still the least explored, and the one that perhaps has the greatest potential. Could it be that soon we will be able to see a project like Ethereum Towers, but in which real apartments are transacted?

Art NFTs are extremely difficult investments – some say they are almost impossible – to value properly. Although some provide a cash flow or several utilities, this is still a marginal factor in the price composition, while the project’s history or the intrinsic beauty itself are factors that tend to overlap. Liquidity is not a strong point in this market either. Therefore, when entering this medium with the objective of quick profits, it is necessary to be cautious. For every project whose value has exploded, many more melt completely, sometimes not even making it to market.

It is recommended to look for good features (the best projects in this aspect come with a detailed roadmap), an original proposal (it is recommended to avoid collections that are just variations of existing ones), and a team that demonstrates continuous engagement (many just want to profit from the mints to disappear next).

And, if possible, also look for some beauty. With some abstraction, it’s possible to think of your desk as your living room wall. You don’t buy paintings for your living room just thinking about the retail price, do you? So, at worst, even if your investment doesn’t succeed, at least you’ll have something beautiful. And that’s more than most investments provide.