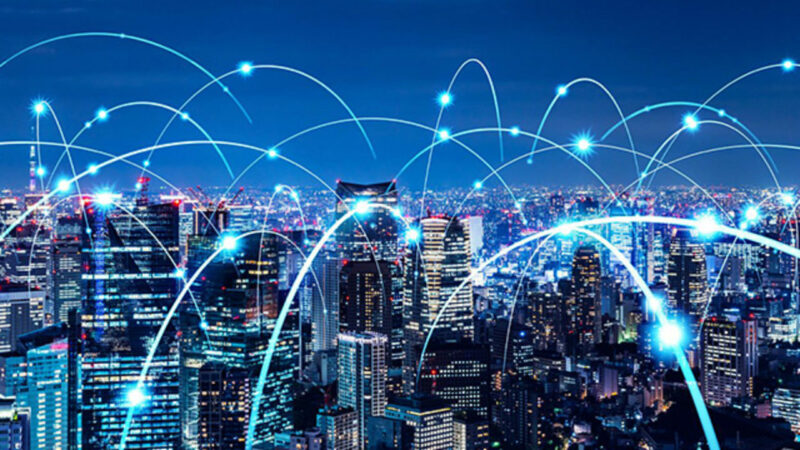 The global IoT market is expected to reach a value of $1,386.06 billion by 2026 with over 13.8 billion connected devices online, and spending has almost reached nearly $1.4 trillion by 2021. Now, these devices need an internet connection to function. But, current solutions such as cellular, WiFi, and Bluetooth are expensive, range-bound and heavy on power usage, making them suboptimal for the goal. Comes Helium, The People’s Network to the rescue.

So, What Is Helium?

As per the whitepaper,

The Helium network is a decentralized wireless network that enables devices anywhere in the world to wirelessly connect to the Internet and geolocate themselves without the need for power-hungry satellite location hardware or expensive cellular plans. Powering the Helium network is a blockchain with a native protocol token incentivizing a twosided marketplace between coverage providers and coverage consumers. With the introduction of a blockchain, we inject decentralization into an industry currently controlled by monopolies. The result is that wireless network coverage becomes a commodity, fueled by competition, available anywhere in the world, at a fraction of current costs.

Thanks to a growing network of Helium Hotspots around the world, developers & businesses are now able to affordably connect a new class of IoT devices that were otherwise impossible. From remote wildfire or environmental sensors to smart pet collars, scooters, and bikes being tracked across any city; the use cases that unlock by solving this problem are vast.

Okay, So What Is Proof Of Coverage Now?

As stated above, Helium protocol runs on a new consensus namely the Helium Consensus protocol and a new proof titled Proof-of-Coverage(PoC).

This novel algorithm’s work is to verify that Hotspots are located where they claim. Basically, PoC tries to verify, on an ongoing basis, that Hotspots are honestly representing their location and the wireless network coverage they are creating from that location.

Proof-of-Coverage takes advantage of the unique, undeniable properties of radio frequency (RF) to produce proofs that are meaningful to the Helium Network and its participants. Specifically, PoC relies on the following characteristics:

Using these properties, the blockchain is constantly interrogating Hotspots using a mechanism known as a “PoC Challenge”. The ultimate power of Proof-of-Coverage lies in the fact that the data generated by the ongoing proofs and stored in the Helium blockchain is definitive verification of the wireless coverage provided by Hotspots on the Network.

To understand how PoC works, one should watch this video explanative video

The interface lets you view an interactive map of the Helium network and all the hotspots currently active around the world.

This article has a very interesting case study on how a Helium hotspot could also make upto $2000/month. Just FYI, the cost of a heliul hotspot is less than $2000.

Another interesting article by Robbie Paul dives deeper into the economical analysis of owning a Helium hotspot.

Helium In The News

Helium network has gathered a lot of attention specially with announcements on their partnerships with some proiminent players in the market.

The website flaunts the top recent announcements like integration with Actility, Dish, Senet and launching it in San José with the DISH partnerhsip announcement being the latest that garnered applause from the community and established Helium’s dedication on building this further.

The token $HNT jumped more than 150% since the announcement.

Helium is backed by the likes of Khosla Ventures, Multicoin capital, Firstmark, Marc Benioff and a few other established firms. With Lime, Salesforce, airly, careband and a lot more partners using Helium, the team and the product seems to be proofing itself well. her explanation

Let’s look at how these brands use/partner with Helium-

Helium hotspot hardware is in high demand with people waiting for months to receive one after pre-ordering. While there are a few companies who have launched a hotspot device for running Helium node, Helium changed the underlying code to help meet the demand for participation governing the network to enable “data-only” miners to join as a precursor to launching a new, light hotspot.

So, till date, a miner, to provide coverage, needed Raspberry Pis to handle the demand of underlying blackchain math for logging the proof of network coverage. But, with this new ‘data-only’ mining feature, any LoRaWAN hotspot can run code that lets it become part of the Helium network and transfer data packets. These data-only hotspots won’t be able to mine for HNTs as part of providing coverage, but they will earn tokens for transferring data. The older miners do both. This will make the network more robust and help more people participate.