Music In A Web3 Era 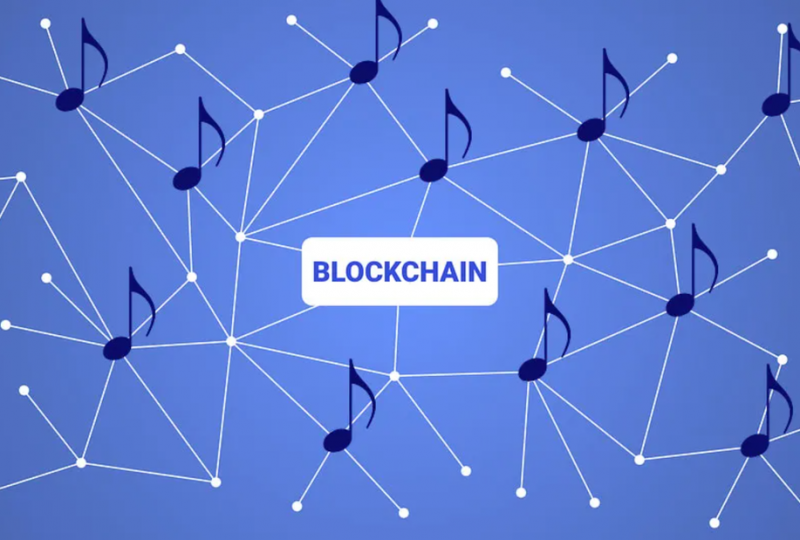 “To start, I learned ‘She loves you’ by the Beatles on guitar, it’s very easy.”

“Since then, I have used hundreds of online music resources and dozens of music publication websites. Each has been a very present intermediary manipulating the platform, separating me from my audience, and taking a fee.”

Music is one of those industries where 90% of the revenue accrues to the top 10% of creators and businesses. It’s just commerce. So much so that it’s basically treated as a commodity. To a purely business-minded individual, all music is fungible.

That’s why you’ll find the same problems in the music business as you’ll find in global commerce: too many fee-taking intermediaries controlling what we buy.

These intermediaries benefit far more than deserved and hold back underfunded artists – the 90% majority – while proclaiming that they are the ones who are enabling the artists to have any footing in the first place.

Unless you’re someone like The Weeknd, you’re probably getting jipped.

Thankfully, there is Audius, Royal, and Catalog.

Audius aims to enhance artist compensation by enabling them to directly connect and transact with their fans. They do so through the use of a number of decentralized applications and public blockchain infrastructures.

At the time of writing, there are over 5 million users curating and listening to content on the platform. Many compare it to a decentralized SoundCloud, although I think it could turn into its own kind of streaming giant with its AUDIO token incentives and decentralized governance structures.

There are five main components of the Audius protocol as listed in their White Paper.

The goal is to combine these elements and share the success of the platform with the users who make it successful.

Imagine being paid in Facebook shares the more you brought value to the platform.

The Audius content lifecycle displayed above shows the variety of actors in the ecosystem and their roles to maintain its decentralization.

Operating nodes require 500,000 AUDIO to be staked and the reward is more AUDIO tokens. Artists are also rewarded with AUDIO tokens each week for various achievements such as having the most liked song, or the most shared song, etc.

I created an Audius account in late 2020 and its been interesting. It’s very similar to SoundCloud and does not seem to have too many features yet.

There was a real good interview by Jason Calcanis (J Cal) on his TWIST (This Week in Startups) Podcast with Roneil Rumburg, the founder and CEO of Audius. It’s definitely worth listening to if you want to understand Audius’ unique international governance.

Audius is far ahead of any competitor, they have a huge market to break into, and they are already very successful. Not investment advice but I’m bullish AUDIO. $890 million market cap at time of writing. 50x and it’s as big as Spotify. Not impossible.

Users and artists are encouraged to take advantage of the platform’s opportunities and share in the future upside as network effects and Metcalfe’s law kick in. With the progress that Audius has made, I think it will be sooner than you think.

Royal was only announced a few weeks ago but it involves some big names and will surely be a force in the future. It will be a marketplace for artists to sell NFTs of a select percentage of their works.

These NFTs are “embedded ownerships in the master recording, earnings royalties from income-producing activities such as streaming.” according to the company.

The goal is to enable NFTs to be the medium that transforms music royalties into a decentralized asset class. Anyone will be able to freely trade royalties from wallet to wallet. This sounds a lot like my idea from April 2021, oh well.

JD Ross, the founder of real estate venture Opendoor, and famed DJ, 3LAU founded Royal with a $16 million seed round from Paradigm and Peter Thiel’s Founders Fund. 3LAU recently sold a re-release of an album as a collection of NFT for $11.6 million where the top 33 bids were accepted. He’s becoming the Beeple of music NFTs.

I subscribed to the early access and was impressed to see that there were 202.419K people ahead of me.

It’ll be exciting to see what happens with Royal, projected to launch in early 2022.

Self described as a record press, an auction house, and an open music library, Catalog has quickly built a name for itself.

It’s a platform for musicians to release works as 1 of 1 NFTs. While still in the beta phase, Catalog has enabled fans to pay artists over $400,000 using NFT records.

Artists collect 100% of the sales revenue and can accept bids on work at any time. Each time the NFT is sold in a secondary market, the artist receives a predetermined creator share.

The works do not exist on any individual server but rather on the Etherum blockchain and are purchased with ETH. They are directly transacted from the artist to the fan and can have special features such as unlocking access to discords or anything the artist wants to include in their sale.

Unlike Royal NFTs, Catalog NFTs do not represent royalty claims.

Have to say, I am a huge fan of the user interface. It’s simple, effective, and leaves a lot of room to breathe. I initially found out about Catalog after coming across loft.radio.

loft.radio was a previous project built by the developers of Catalog as an experiment. You can see the origin of Catalog’s wonderful user interface below.

In my understanding, loft.radio is the first decentralized radio station.

The artists were curated by the developers but since the inception of the website; it has simply been music playing 24/7 from a variety of artists within similar genres while enabling fans to tip them directly with ETH.

Much like Catalog, 100% of the revenue goes to the artists. This is a nice precedent.

loft revolves around different lo-fi beats and is great to have in the background of laziness or productivity. I use it all the time – it’s on my bookmarks bar.

Aside from a few outlier purchases, NFT mania has strangely left out music & audio NFTs. The infrastructure around them and their cultural understanding is quickly becoming more prescient but there is still far to go.

When I was looking into this in 2020, I remember seeing many blockchain music platforms and thinking “why do they need to create a new platform or token, there are already too many platforms and tokens”.

In Audius’ case, I think their token makes sense and greatly improves the network.

Royal & Catalog don’t have tokens and are not trying to build platforms that compete with the likes of Spotify and Apple Music but rather they are enabling artists to decentralize ownership and generate revenue streams that have never existed.

Every decade or so the music industry seems to get disrupted. In the early 80s it was taped taking over records; in the 90s it was CDs taking over tapes; in the 00s, it was Napster & Limewire destroying the record label’s business models; in the 10s, it was Spotify and streaming; and now in the roaring 20s, its blockchain & NFTs.