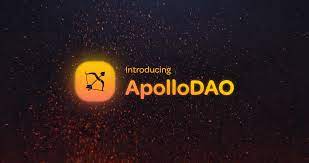 Setting money free or achieving financial freedom is something that all of us (believers) strive for. Bitcoin was meant to do exactly that and even after so many years, we are far from realizing that dream of mainstream adoption. We are taking small steps in different directions but the end goal is still far away. With that in mind, Terra blockchain brings with it an entire support system where each protocol is a piece of a larger puzzle. The seamless integration and partnerships between all is a primary driver for this ecosystem. It has a strong community that provides support and a framework that helps shape ideas into execution. It is no wonder why it has done so well in such a short span of time. Most of the projects have been community-driven having evolved from an idea and shaped into execution by the active participation of all. With Crypto and Defi being pegged as the future of finance, Terra has witnessed tremendous growth in the recent past. Several developers and entrepreneurs have commenced building on the Terra blockchain which is testimony to its exponential growth.

For all the TeFi enthusiasts who had been enjoying the TeFi summer without the warmth of a yield optimizer, the prayers were answered by Apollo?—?Son of Zeus and Leto, twin brother of Artemis, an Oracular God, and patron of seafarers. A modern world Apollo was born in the TeFi-verse. Does this Apollo reward all the TeFi farmers? Let’s find out.

Apollo DAO fills exactly that space by introducing a DeFi yield optimization solution aimed to simplify, automate and maximize yield earning opportunities. Apollo DAO made it to the second position at The Delphi Digital Hackathon, emerging as one of the most innovative projects. Like many other Terra protocols, Apollo DAO is built for DeFi users, by DeFi users and it aligns itself with the broader mission of making DeFi more accessible. It is a community-driven project aimed to increase the yield farming experience of both crypto and non-crypto users alike.

Apollo DAO started its community farming last month and within a span of 24 hrs saw a TVL of $200 million. The farming of 3 million Apollo tokens which was expected to last for a month lasted for just 3 days. The demand and interest from the community led to the launch of Phase 2 with an additional 6 million Apollo tokens.

The essence of Apollo DAO is its Warchest which is both central and pivotal to its success.

Apollo DAO launched a 3-year bootstrapping campaign for the Warchest where 50% of all Apollo tokens will be distributed to the community in return for staking assets and generating yield. A percentage of that yield goes to Warchest. Users earn yield on underlying LP assets as well as additional yield through Apollo tokens. Warchest has already accumulated a significant amount of UST which is with Anchor Earn and reserved for initial Apollo liquidity. Warchest also holds 10.5K Luna which is not being staked at the moment.

Initially, the Warchest will comprise 50% Luna, 20% bETH, and 30% aUST, but future allocation along with the management and deployment of Warchest will be decided and done by the Apollo token holders. The required tools and products will be provided by the team aimed to increase the revenue for the Warchest through opportunities and partnerships. It would consider seed funding to capital deployment beyond Terra in order to benefit from other L1 chains like Ethereum, Solana, and Cosmos. Apollo DAO Warchest will receive 99% of the total revenue while the remaining 1% will be donated to Angel Protocol. The Warchest is expected to hold an asset value between $1.3 million and $1.5 million by the end of Phase 2, with nearly $1 million available for deployment by the Apollo token holders.

Apollo DAO will have a total supply of 100 million Apollo tokens, which will be distributed over a span of 3 years. The objectives of the token distribution are aimed at long-term funding of the project, achieving maximum decentralization and DAO economy through a diversified distribution, incentivization of holders and users of LP tokens, besides bootstrapping the Warchest. Click on tokenomics for more info.

There are various benefits of holding the Apollo tokens. These include –

The first line of product that Apollo DAO offers is the auto-compounding vaults. This is in sync with the desired objective of distributing Apollo tokens, bootstrap the Warchest, and provide staking vaults for Apollo token holders. For Phase 2 of the community farming, 10% of the rewards attained from LP tokens are used to buy Apollo tokens at $0.25 per token while the remaining 90% is auto compounded back into the LP position. The tokens will be released linearly within a 1 year time period, with a 1-month cliff.

The end game is to create a holistic cross-chain Yield Optimization and Automated Treasury Management Platform. Towards recognizing the need for cross-chain interoperability, it has its eyes set on the multi-chain feature. In the long run, each blockchain will build towards specialized solutions, and as such seamless integration and communication between all will be ever needed. Apollo DAO will be looking to build tools and products aimed at value transfers across these different chains. In order to meet its long-term vision, Apollo DAO will create a Treasury managed by the Apollo DAO team in order to fund sufficient runway for the continuous development of the platform and various other products.

How to Use Apollo DAO Dapp?

Step 1: Connecting Wallet to Apollo DAO Dapp
The first step involved in participating is connecting your wallet to the Dapp.

Step 2: LP Vault Selection
The next step involves the selection of the vault you want to provide LP followed by the addition of LP tokens of the selected pair. Alternatively, you can use your UST to get the LP tokens and let Apollo do it for you.

STEP 3: Deposit Confirmation
Once the selection has been made, the Dapp will produce a pop-up window requesting you to confirm the transaction. The Dapp requires you to confirm it and then sign the contract.

STEP 4: Check your Portfolio
The Dapp provides you the ability to see the vaults you’re participating in, as well as the total APOLLO tokens you’re acquiring by simply accessing your portfolio (by clicking on the icon that is there on the portfolio menu bar). In addition to the Vaults, you can view the DPR and APY percentages of your earnings.

STEP 5: Community Farming
The Apollo DAO Dapp provides users the ability to participate in community farming. This essentially consists of using 10% of the rewards earned from LP tokens to purchase Apollo tokens at $0.25 per token.

The Apollo DAO team will be running different community events. Currently, they are in Phase 2 which is characterized by obtaining/buying APOLLO through the underlying agricultural assets of the Vaults, after depositing assets in these Apollo Vaults. This phase shall continue until all 6 million APOLLOs have been farmed, with all APOLLOs locked until the end of the event.

The money that is raised from the aforementioned event will be used to start the Warchest . You can view the APOLLO tokens earned during the phase in the “Community Farming” section.

STEP 6: Warchest
The proceeds received by the Apollo DAO will be used to fund an equity pool that will be managed by Apollo token holders. Tools shall be provided to the community by the team members in order to enable the effective utilization of capital. The power will be vested in the token holders to decide which farming strategies are to be implemented using Warchest.

Its user-friendly experience, well-designed and defined strategy accompanied with high yield optimization removes technical barriers and enables crypto and non-crypto users alike to participate in community yield farming. With the ultimate goal of becoming fully decentralized and owned by the community members, Apollo DAO seems to be on the right path.
Only time will tell the rest of this story. I only hope it turns out to be a beautiful one.