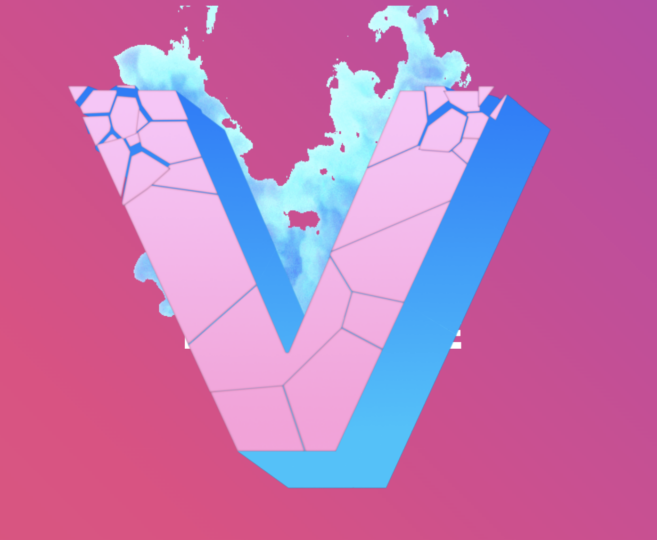 Vader Protocol from the Cryptoverse aims at bringing together many of the revolutionary ideas that have been at the forefront of innovation in DeFi.

But, what is Vader and what are these revolutionary ideas?

In today’s article, we’re going to cover what Vader is, its unique features, and its goal.

Vader Protocol represents an amalgamation of three of the most revolutionary and successful ideas of DeFi. The protocol is built upon

Vader in principle seeks to broaden the horizons of DeFi by providing a liquidity protocol that combines a hybrid algorithmic-collateralized stablecoin with liquidity pools enhanced via synthetic assets. Given the success of each of the aforementioned projects, Vader comes across as a promising all-in-one protocol aimed at bringing DeFi’s best to its users. Let’s dive deep into Vader’s key features that culminated as a result of these ideas.

Why and How? For those of you who don’t know how Terra achieves price stability, I suggest you watch the video linked here. Basically, Terra’s algorithmic market module incentivizes the minting and burning of LUNA through arbitrage opportunities.

In the case of Vader, users mint USDV to burn VADER and burn USDV to mint VADER.

Inspired by Thorchain and integrated within the protocol, Vader offers Impermanent Loss Protection (ILP) coupled with the ability to create and deposit collateralized synthetic assets for interest as well as for the purpose of lending and borrowing.

A major drawback associated with providing liquidity on DeFi protocols is Impermanent Loss. Tackling the problem of IL by deploying CLPs, Vader offers Impermanent Loss Protection to encourage users to provide liquidity for the long term (over 100 days).

By eliminating dependence on external price oracles, Vader ensures its CLP and AMM provide prices that align with what oracles report. The liquidity pools on Vader use USDV as the settlement token allowing the system to accurately price the pool and sense purchasing power of its assets. Moreover, the use of USDV as the common settlement asset across all pools on Vader takes away any friction for requiring users to hold exposure to a particular asset. All Vader Liquidity Pools are anchored to its stablecoin (USDV), making Impermanent Loss easy to reason about.

Fees are one of the most essential components of an AMM, as they’re used to reward Liquidity Providers for providing liquidity on the protocol. However, fixed-rate fees are a problem as they are dependent on the size of the trade and do not capture the value of liquidity provided. To address this concern, a liquidity-sensitive slip-based fee mechanism is built within the protocol. Essentially, slip-based fees depend on the liquidity provided in the pool, so a thinner pool provides LPs with higher fees and vice-versa. This mechanism makes it very expensive for a sandwich attack to be carried out on the Vader Protocol.

An added advantage of slip-based fees is its contribution to Impermanent Loss Protection by paying LPs the same rate at which the prices fluctuate since these are proportional to the pool size.

The creation of synthetic assets on Vader also protects against Impermanent Loss. Synthetic assets replicate the value of the asset being provided in the pool, however, they do not expose the LP to the price risk of the other asset in the pool. An example of synth on Vader protocol is xVADER.

Since synths always have 1:1 purchasing power they do not accrue Impermanent Loss or Yield. In fact, any loss or gain is absorbed by the other passive LPs.

In essence, Vader markets itself as the Best AMM for Liquidity Providers owing to the following-

Liquidity incentives to bootstrap demand for USDV and Protocol-Owned Liquidity (“POL”) via Bond Sales. This supports the backing and purchasing power of the stablecoin as more reserves are built up in the protocol treasury.

By now, I am sure you have figured that each feature of Vader is designed to eliminate an existing problem in DeFi and this feature is no different. Protocols that rent liquidity as opposed to own liquidity tend to lose their users to whichever protocol is offering the highest incentives, making liquidity transient and forcing AMMs to give unsustainable returns. Enter POL (Protocol Owned Liquidity) that supports the provision of perpetual liquidity to users of the protocol.

Vader is the first AMM to integrate POL making liquidity more permanent and sustainable within the protocol. POL through Bond Sales allows for long-term liquidity that is owned by the protocol and governed by VADER token holders. Pioneered by Olympus, Bond Sales essentially refer to the user’s ability to gain discounted protocol tokens in exchange for vested liquidity pool tokens.

Why is AMM Owned Liquidity Important?

All pairs in Vader’s AMM are anchored against USDV (its stablecoin, hence stablecoin anchored AMM), 50% of the AMM Total Value Locked (TVL) will create for a permanent demand sink for USDV.

Moreover, as mentioned, bond sales contribute to perpetual/permanent liquidity within the protocol thereby enabling the treasury to diversify its reserves to other risk assets and adding value to the Vader token. Another benefit of the constantly increasing liquidity is that it will drive up trade volumes because of better execution leading to a liquidity blackhole that drives more POL and more trade volumes and yield.

All fees generated from the Liquidity positions on the AMM are eligible for distribution to xVADER stakers via buybacks or distributions. Stakers of VADER represented by xVADER have full governance rights to the assets within the treasury, providing users another incentive to hold onto the token and add to its value, which in turn contributes to maintaining the USDV peg.

Vader Protocol may come across as complex but a closer look at its features will enable you to understand the rationale behind its creation.

My understanding is that Vader has been created with the goal of building an AMM with permanent and sustainable liquidity to incentivize Liquidity Providers to jump on board while solving some existing problems. The transparency coupled with the slip-based fees, and the design of the protocol to add value to the VADER token seems like the perfect strategy to achieve said goal. However, only time will tell if Vader is able to deliver on its promises.