In Crypto We Trust 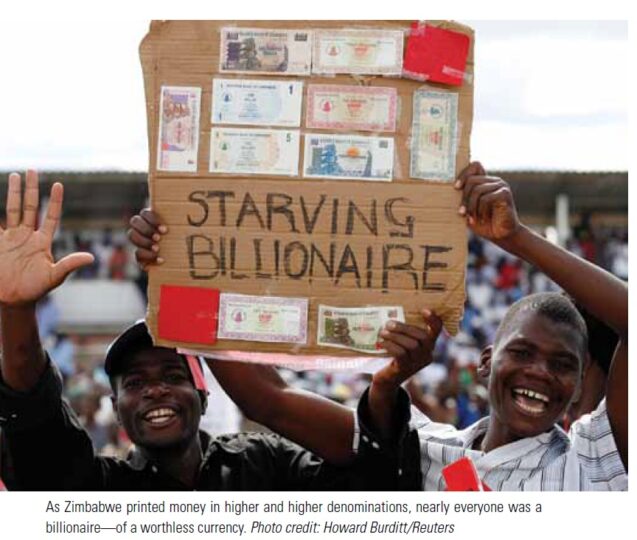 The history of money is an interesting subject with several lessons to be learned. With the growth in cryptocurrencies, some aspects of modern money need to be revisited. These aspects will underscore the importance of digital money and throw light on factors that will ensure the survival of cryptocurrencies.

Let’s start with the modern concept of central banks and fiat money. So, what is fiat money?

As long as people trust the government, fiat money like the dollar or euro has value. However, if there is no trust, fist money is worthless. It’s as good as holding a piece of paper.

Let’s also talk about the limit to printing fiat money. When we look at coins or tokens, one analysis is the token supply and the vesting period. Further, there are inflationary and deflationary tokens. The price action of a coin or token depends on these factors.

The good (or bad) news about fiat money is that there is no limit to the amount of paper money that can be printed. As long as the trust factor exists, the government (central bank) can keep printing money.

Does this result in wealth creation or wealth destruction for the common people?

A History of Wealth Destruction

According to CPI Inflation Calculator provided by the U.S. Bureau of Labor Statistics – One dollar in January 1913 is worth the same as $28.45 in December 2021.

In simple words, the dollar has lost more than 95% of its value since the Federal Reserve was created. While the dollar still survives, it has failed to serve the basic purpose of being a store of value. Inflation is the hidden taxation through which governments have punished savers.

If this is not enough, there have been 29 instances of hyperinflation in the last 100 years. Hyperinflation is a very high inflation scenario in which paper money loses its value. It becomes worthless.

It’s more like a coin or token going to zero value.

The bottom line is that the amount of money does not matter, it’s the purchasing power of money that matters.

The picture below is historical when the central bank of Zimbabwe printed one hundred trillion-dollar bills. In any hyperinflation, everyone is a billionaire and everyone is poor.

Is Cryptocurrency the Solution?

It seems clear that loss of purchasing power is one challenge with fiat money. This is a universal truth globally. Government print bills and paper money steadily loses value. There is an impression of wealth growth for the middle-class, but purchasing power remains low.

So, is cryptocurrency the answer to this problem?

In my view, diversification across currencies is the answer. As an example, an investor can consider holding some cash in dollar. Further, some hard cash can be gold. Additionally, some cash holding can be in the form of Bitcoin or other peer-to-peer cryptocurrencies.

Bitcoin, as we know, has a limited supply of 21 million. With the dollar being printed at a robust pace, it seems likely that Bitcoin will continue to trend higher in the coming years.

I also want to introduce an interesting perspective here. Dogecoin, which started as a meme coin, now commands a market capitalization of $18 billion.

If we look at the catalyst for this valuation, it’s entirely being driven by Elon Musk (the CEO of Tesla). The dollar is backed by the U.S. government trust. Dogecoin is backed by the trust of Musk and the community of holders.

If Elon Musk were a government, Dogecoin is his currency. As long as Dogecoin has strong backing, it will continue to survive. The story is similar to other coins that just serve as digital currency.

For coins or tokens that have multiple utilities, the valuation can be decided by project development factors.

However, the world of cryptocurrency is like a parallel world where the currency is backed by mutual trust among people. Even with the distrust and headwinds that come from the government.

As I write, the cryptocurrency world has a market capitalization of around $1.8 trillion. It’s too big to ignore and too big to be completely banned.

Therefore, I believe that cryptocurrency will continue to exist and continue to grow. Bitcoin might be volatile. However, it’s worth noting that the currency is still at a stage of price discovery. The beta factor will decline with time.

Further, there is no doubt that governments will continue to print money to ensure that the global financial system survives. Investors will seek refuge in assets like cryptocurrency to ensure that money retains its purchasing power.

As a matter of fact, few countries that have a weak fiat currency, have already adopted Bitcoin. This trend is likely to sustain in the coming years.