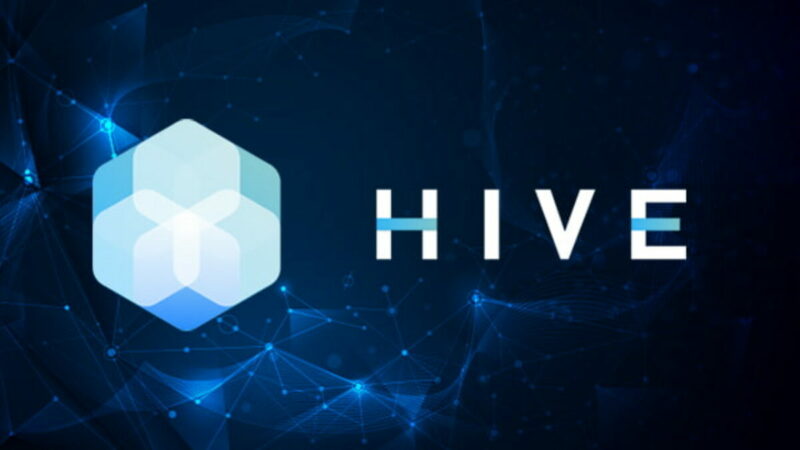 It’s always a good idea to consider some centralized exposure to the world of cryptocurrency. With the boom in the industry, there are several stocks listed in the United States that have an interest in blockchain and cryptocurrencies.

Not all stocks are interesting. However, there are some quality names that can be long-term value creators as the industry continues to grow.

In the recent past, I talked about Marathon Digital and Coinbase as two companies that are likely to create value.

Another very interesting name that’s worth a look is Hive Blockchain (NASDAQ:HIVE).

As a quick overview, Hive Blockchain is a cryptocurrency miner. With growing financial flexibility, the company has been spreading its wings beyond just being a diversified miner.

Hive stock was up-listed on the NASDAQ exchange in September 2021 at $3.0. With Bitcoin surging higher in November 2021, Hive stock also touched highs of $5.75. Therefore, the stock nearly doubled in two months.

However, Bitcoin has witnessed a rough start to 2022 with concerns on liquidity tightening and regulatory headwinds. These factors have pushed Hive stock lower and it currently trades at $2.2.

Considering the growth momentum for Hive Blockchain, the stock looks attractive. If Bitcoin continues to trend higher, I would not be surprised if Hive Blockchain re-tests previous highs.

If we look at some of the listed mining companies, there are primarily Bitcoin miners. Some examples include Marathon Digital, Riot Blockchain and Hut 8 Mining.

Hive Blockchain, a relatively smaller company, is relatively diversified. The company is involved in the mining of Bitcoin and Ethereum.

Another important point to note is that at the end of the second quarter of 2022, Hive Blockchain had 16,000 new Bitcoin miners on order. The company also raised 100 million Canadian dollars for investing in new Bitcoin equipment. Hive has guided for total mining capacity of 4EH/s by the end of 2022.

Therefore, there is clear growth visibility through 2022 when it comes to an increase in the number of Bitcoins mined. It goes without saying that this will translate into revenue and cash flow growth.

It’s worth noting that Hive reported revenue of $52.6 million for Q2 2022. The company’s revenue in Q3 2021 was $13.7 million. Revenue has already increased four-folds in the last few quarters. For 2022, the company is well positioned for annualized revenue in excess of $200 million.

The global cryptocurrency market is still at an early growth stage. With ample opportunities, Hive Blockchain has been spreading its wings as financial flexibility improves.

In April 2021, Hive Blockchain made a strategic investment in DeFi Technologies for a 4.9% stake in the company. The latter has been building and managing assets in the decentralized finance sector.

Currently, the total valued locked in decentralized finance is around $175 billion. There has been a big spurt in TVL in the last 12-18 months. The strategic investment is likely to create value for Hive in the coming years.

Last year, Coinbase CEO had opined that NFT can be as big or bigger than the crypto industry. If this view holds true, Hive is likely to benefit from the strategic investment.

In addition to these investments, Hive also has a stake in Tokens.com. Another point to note is that with acceleration in Bitcoin mining through 2022, the company’s cash flows will increase. This positions Hive Blockchain for further strategic investments.

Bitcoin had a rough start to 2022 and there finally seems to be some recovery. India recently imposed a tax of 30% on cryptocurrency profits. There are also speculations that Russia will recognize Bitcoin as a currency.

It seems likely that the positive momentum will sustain for Bitcoin. Even after discounting the regulatory and rate hike headwinds.

Hive Blockchain has a healthy balance sheet and the company is well-positioned for expansion through 2022. As Bitcoin and Ethereum price trends higher, Hive stock is likely to follow.