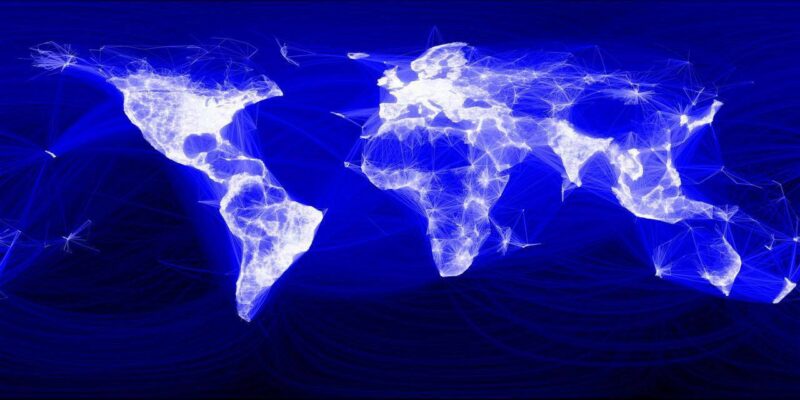 Note: This is Part 1 of a 2 part series that looks at why governments should care about new technologies like DAOs, and how those in power are likely to respond.

In our first article (link), the team explored how DAOs might ultimately reorganize work and society. Since then, DAOs have become one of the most prominent forces in crypto, and more and more DAOs are popping up every day.

Today, we attempt to unpack this phenomenon and consider how governments might react to the rise of DAOs.

DAOs are systems that do not require a central authority to operate. As such, they theoretically present a novel challenge to the sovereignty of nation-states and their jurisdictional authority. The possibility of alternative governance structures being built on top of blockchain technologies represents a fundamental threat to the established order and could lead to the fragmentation of jurisdictional control and the emergence of new global powers.

DAOs undermine the authority of centralized governments by using blockchain technology (a decentralized, trustless system) to facilitate and validate peer-to-peer (P2P), business-to-business (B2B) and business-to-consumer (B2C) transactions without the need for intermediaries, as all transactions are transparent and recorded on a public ledger. This challenges the necessity of central banks and the entire banking and fiat currency systems, under which the value of a currency is supported by trust in the government.

DAOs can’t be easily shut down by centralized displays of force, such as military action. They are also more secure against cyberattacks because data is distributed across many different computer networks.

These characteristics, combined with the power of tokenization, could allow DAOs to displace or undermine nation-states as they form networks amongst themselves and gain power.

The case of Yield Guild Games (YGG) offers a useful example the power of decentralized digital platforms to influence real-world modes of social organization. YGG is a play-to-earn gaming guild that started in November 2020. By the end of 2021, it had grown to 100,000 members. Its member base is largely from the Philippines, which had the perfect blend of low wages, high cellphone penetration (159%), and a public health crisis (COVID-19) for a platform like YGG to flourish. Government-imposed lockdowns and public health measures prevented many from earning their living through traditional channels. YGG gave these people a lifeline, by introducing play-to-earn.

First, YGG essentially functions as a DAO with decentralized governance, and no one can completely shut down or take over the platform. Although there is an official country manager governing the groups in Philippines, it is relatively immune to traditional government influence (i.e. regulations/ law) by operating as a DAO.

Second, YGG has grown so rapidly that it influences actions and activities in the real world. Sub-communities were formed from Discord by location (over 500 communities, with the largest being 6,000 members strong), and they self-organize physical meetups. These groups then become self-reliant and a support network both digitally and physically. However, with the struggling economy of the Philippines and the majority of players coming from rural communities and holding odd jobs, they may leverage their communities to demand social change.

Third, with so many sub-communities at YGG’s beck and call, it becomes difficult for governments to ignore the platform’s network effects, which adds to the power of YGG as an organization. YGG could theoretically challenge government policy through political lobbying or inculcate political activism through its members. While it is unlikely that these will happen anytime soon, the community may start seeking support from YGG if their livelihoods are disrupted due to government policy (e.g. banning crypto).

Liken this to an ongoing crypto-supported intervention in government policy, the Freedom Convoy, and you can imagine how YGG, as a DAO, can potentially scale and redirect its resources (e.g. capital, community) as political leverage in the Philippines. This is also seen in the current Ukraine-Russian crisis, where a global movement of DAOs and crypto have been providing aid and support to the affected regions. We are on the cusp of witnessing a new mode of social organization, where new models in the digital realm coordinate and influence global efforts for causes that a given community believes in. This new way of working threatens the status quo set by governments. In Part 2, we will cover how the government is likely to respond to such threats.

This article is co-authored by Mr. Khor Zijian, Ms. Faith Teo, Ms. Emmy Teo, Mr. Lin Fangyi and advised by Dr. Alex Lin, whose profiles have been linked. Do follow and join R200 club on LinkedIn! We are a community of like-minded Net Assessors discussing topics on DAOs, Metaverse and the intersection with Climate Change. See you there!