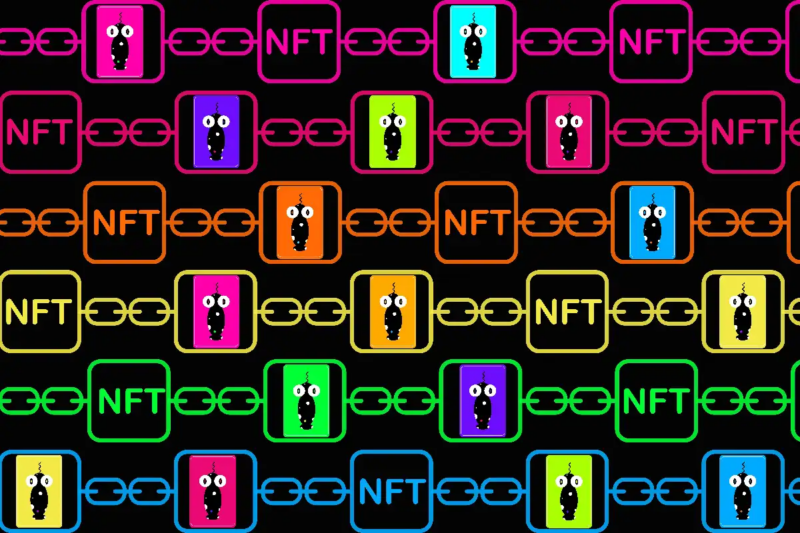 Why own an NFT when you could just download the image depicted on it, save it, and look at it as many times as you’d like?

This article explains the difference between an NFT and a simple digital image, as well as the benefits of owning an NFT instead of simply downloading a copy of the JPG behind it.

NFT stands for Non-Fungible Token. First, what is fungibility? As an example, fiat currency is highly fungible: two different 10-euro bills are perfectly interchangeable, and their value is equivalent. On the other hand, an NFT is not: you can, for example, exchange one BAYC (Bored Ape Yatch Club) monkey for another, but both will be unique. There are certain NFTs that have “fungibility features” (ERC-1155), but to simplify the explanation, we will not deal with them here.

How is the uniqueness of an NFT tracked? When someone acquires an NFT, they hold it in their private wallet. The transaction is recorded on the Blockchain, and the NFT will be associated with a public Blockchain address. This, in turn, points to a location on the Internet (we could say a kind of “URL in IPFS”) that contains the audiovisual file behind the NFT. This audiovisual file is usually a JPG, and this is what visually appears when we look at an NFT.

The audiovisual file embedded within an NFT is hosted under the IPFS (InterPlanetary File System). In short, IPFS hosts the file in a decentralized way, distributed among several “nodes,” ensuring its immutability. That is, if I buy an NFT, I am 100% sure that the audiovisual file to which it points will not be changed.

Could someone download the JPG image behind the NFT, view it, and even send it to others? Yes. But what they cannot do is prove their ownership of that image. I can take pictures of the Mona Lisa, but in doing so, I cannot prove that I own it.

This is a significant difference between owning a JPG and owning an NFT. Being able to prove ownership of an NFT confers “advantages” that are not associated with a mere JPG:

1) I can prove that the NFT is in my wallet and can therefore gain access to preferential purchases or advantages for which I must prove that my wallet holds a certain NFT.

2) The ownership of an NFT allows its holder to belong to a community.

3) It is possible to use an NFT as an access key to restricted digital spaces. These are spaces that can only be accessed after connecting a user’s wallet and checking for the presence of a certain NFT.

4) An NFT can be added to a character in a video game or provide certain advantages in a digital environment able to integrate it. We could say that NFTs are to Web3 what skins are to “traditional” non-decentralized videogames.

5) NFTs are starting to operate as DeFi assets, which enable holders to obtain financial yields and returns on certain Blockchain platforms that a JPG would never offer alone.

On a superficial level, a given NFT might seem identical to a JPG. We all know people who have taken a screenshot of a given NFT and declared that there’s no difference between the resultant JPG and the underlying NFT. However, I am convinced that in a short time, both skeptics and Web3 professionals will see that NFTs have significant value, well beyond pure aesthetics. NFTs will ultimately help guide the future of digital communities, social relations, and the decentralization of the Internet.

This article was written in partnership with Realm Academy.

* Carlos Solana Is leading Metaverse & Web3 Areas in Mediapro, a global leading Group from the European audiovisual sector, that provides the creativity and technical solutions necessary to design, produce and distribute any audiovisual or multi-channel project. Before that, he was leading innovation, digital transformation and online businesses in multinational groups like Procter & Gamble or Grupo Planeta and started his own fashion company providing digital personal shopper services. He is also an active startup advisor and investor in several deep-tech startups like Linking Realities or Oppground among others. He is co-author of the books “El Libro de la Innovación” (2021), “Manual de inteligencia económica y competitiva” (2018) and professor of Innovation & Technology in different Universities & Business Schools.