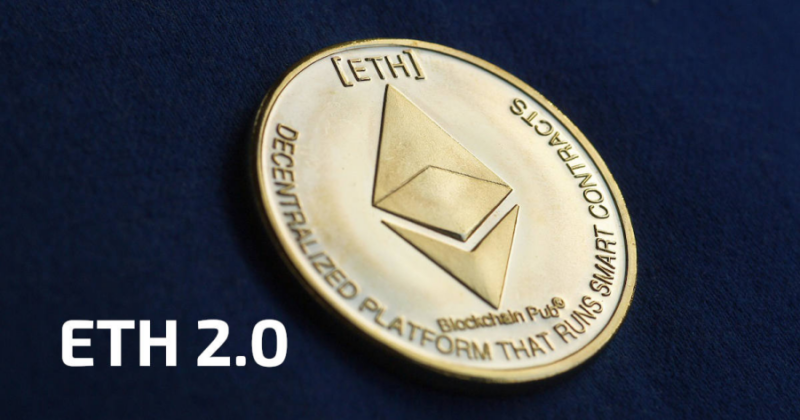 Layer 1 tokens are inherently difficult to value. One way to approach valuation is to utilize a number of dimensions to compare them to each other on a relative basis. Metrics like Total Value Locked, daily transactions, total addresses, and active addresses can all be used. Some investors attempt to apply fundamental analysis from the tradfi world like price to sales multiples. With Ethereum’s upcoming transition from Proof of Work (POW) to Proof of Stake (POS), we can now use staking yields as a basis of comparison across all Layer-1 tokens.

Ethereum’s transition from a POW consensus model to POS is the most anticipated event in crypto this year. The Beacon Chain, Ethereum’s POS network, has been running in parallel with the current version of Ethereum since December 2020. In the upcoming Merge this year, the POW consensus layer in Ethereum will be removed and all future blocks on Ethereum will be achieved by the Beacon Chain’s POS consensus layer. Indications are that the Merge is expected to happen in Q3/Q4 2022. Meaningful progress has been made, including the Kiln public testnet Merge in March, as well as a series of Ethereum Mainnet shadow forks in April and May. These events are test runs for when the actual Merge actually takes place. The fourth shadow fork was completed on May 12th.

Key Changes from the Merge

There is a common misconception that the transition from POW to POS will help scale Ethereum but that is not the case, because scaling relies on rollups and sharding. Once the Merge has occurred, focus will move toward the Shanghai upgrade where sharding will be enabled to help Ethereum scale. If changing to POS doesn’t help scale Ethereum, then why do it? What are the benefits?

For one, POW is highly energy-intensive. Miners in a POW system run powerful GPUs that consume a lot of electricity in an effort to solve cryptographic puzzles that secure the network. In contrast, any relatively recent consumer hardware is capable of being an ETH2 validator, a node that participates in the network’s consensus algorithm. A minimum of 32 ETH is required to be staked to run a validator, and if validators act in a malicious way, the staked funds are slashed.

The POW system pays third parties, miners, to secure the network. In POS, stakers – holders of ETH willing to bond their ETH, secure the network and earn rewards in doing so. In some respects, POS keeps capital within the network whereas POW allows capital to leak out of the network through miners who aren’t as likely to hold the ETH they earn and sell ETH to finance their mining operations.

In addition, since POW requires expensive hardware and electricity costs, ETH token inflation has been around 4.3% per year to compensate the miners for their work. With POS being more energy-efficient, the cost to secure the Ethereum network (token inflation) is much less. Ethereum’s POS issuance model is based on how much ETH is being staked. Currently, there are about 12.5M ETH staked on the Beacon Chain – at that level, annual issuance would be about 0.5%.

Table 1: Projected Staking Yields based on amount of ETH staked

How does ETH’s staking yields compare to competing L1 staking yields? Looking at nominal yields, ETH is about middle of the pack compared to its major competitors, with yields ranging from 6.64% to 17.53% in nominal terms. However, with the exception of BNB, all of the other tokens in the competitive set are inflationary. Factoring in token issuance rates, ETH has the highest staking returns on a real yield basis.

One point to note is that currently only 10.3% of ETH is staked on the Beacon Chain, which is the lowest in the competitive set and likely due to concerns about locking up ETH for a long time (withdrawals are not possible currently). Staking should increase post-Merge as the execution risk of the Merge is removed, ETH moves closer to enabling staking withdrawal, and more people grow comfortable with staking ETH. Staking participation amongst competing L1s ranges from 35% to 76% with an average of 55%. If ETH staking participation increases to the average of 55%, real staking yields for ETH would likely decrease to approximately 4.21%. At 55% of supply staked, ETH’s real yield would project to be higher than SOL, AVAX and MATIC, but lower than BNB, DOT, NEAR and FTM.

Another point to consider is that this analysis excludes income to stakers from MEV. With the switch to POS, MEV income will be earned by stakers instead of miners as it is currently. Our own Cosmo Jiang estimates that MEV would add around 0.7% of additional staking yield assuming 30% of supply staked. This yield would be higher if less ETH were staked and lower if more ETH were staked. We excluded MEV from the analysis for a simpler apples to apples comparison to competing L1s.

So far we’ve compared real staking yields across L1s while factoring in inflation from token issuance. However, a number of the L1’s in the competitive set also have projected increases in circulating supply through token unlocks, liquidity incentives and other initiatives.

After factoring in projected increases to circulating supply over the next year for the competitive set, ETH’s real staking yield net of dilution is the highest if we assume staking participation remains the same. If ETH’s staking participation reaches 55%, then ETH would rank higher than SOL, AVAX, NEAR and MATIC but lower than BNB, DOT and FTM.

Although Ethereum’s transition from POW to POS does not actually help with scaling, the Merge is an important upgrade to Ethereum. It significantly improves Ethereum’s energy efficiency, reduces the cost of securing the network, transfers rewards from miners to stakers and drastically improves its monetary policy.

Since ETH officially becomes a staking coin after the Merge, it gives us another useful dimension to compare it against competing L1s. BitMex co-founder Arthur Hayes penned a piece that compared ETH to a commodity linked perpetual bond. His analysis was a bit more complicated but the simple valuation formula for ETH as a perpetual bond is [Nominal Staking Cash Flow] / [Discount Rate]. The problem, however, is that the formula has a circular reference –  the calculation depends on the price of ETH that you plug in for your staking cash flow in the numerator.  The higher the ETH price, the higher your valuation of ETH.

Therefore, we can’t independently calculate the value of ETH by looking at staking yields. We can, however, use it to determine ETH’s relative value to competing L1s. All things being equal, investors would always prefer to hold a higher yielding asset over a lower yielding one.