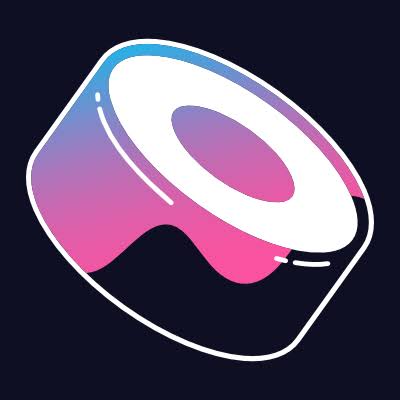 Learn about the history, products, and governance mechanisms behind Sushi DeFi protocol.

SushiSwap is a Decentralized Finance (DeFi) protocol with an Automated Market Maker(AMM) that allows users to swap their assets in a decentralised and permissionless way.

SushiSwap Automated market maker is a fork of uniswap v2, so the two work in exactly the same way.

SushiSwap was founded by a pseudonymous group called Chief Nomi in August 2020 as a fork of Uniswap. The protocol gained a  lot of traction mostly due to the nature of its launch.

SushiSwap is aimed at directly competing with Uniswap by forking it and encouraging liquidity providers to move their liquidity to a new platform in a process called a Vampire Attack.

Besides the main function of Sushi, a decentralised exchange for swapping assets, the protocol offers a great range of other products:

This is a liquidity incentive system that accelerates new projects by providing extra rewards in the form of Sushi token. The projects selected to be on the system are given a certain allocation of sushi tokens to incentivise liquidity provision for their own token.

This is really useful for new projects that very  often struggle to bootstrap liquidity especially if they don’t want to initially distribute large amounts of their own tokens.

This is a special smart contract that acts as a vault for certain tokens.This vault is basically a pool of funds that can be used by Bento-enabled applications in the sushi ecosystem

Users who deposit funds into one of the BentoBox vaults benefit from earning extra yield on their tokens. Vaults can generate yield in multiple ways, for example, by allowing other participants to take flash loans and pay a small fee that goes back to the users providing liquidity to the vault or by lending out assets in the vaults

At the moment, the first and only available Bento-enabled application is the lending platform kashi,

Meaning “lending” in Japanese is Sushi’s first lending  and margin trading solution powered by BentoBox. Kashi allows anyone to create customized and gas-efficient markets for lending and borrowing.

In contrast to other popular Defi money markets such as Aave or Compound, Kashi isolates each of the markets. This means that users can create markets for more risky assets without having an impact on other markets.

Having the ability to borrow an asset also opens up the possibility for shorting it.This is useful for speculators who believe that asset will go down in value but also for hedging, which can be  extremely handy, for instance when yield farming risky assets.

This is a launchpad which facilitates launching of new tokens on Sushi.

Considering project creators, Miso offers a set of smart contracts that makes the process of creating a new token quite easier. On top of that it allows the project to attract a larger initial audience than they have been capable to reach on their own

The Sushi holders have to stake their Sushi tokens on SushiBar and receive the xSushi tokens.

Currently SushiSwap’s governance votes are managed on a snapshot page and depend on SushiPowah, a voting metric.