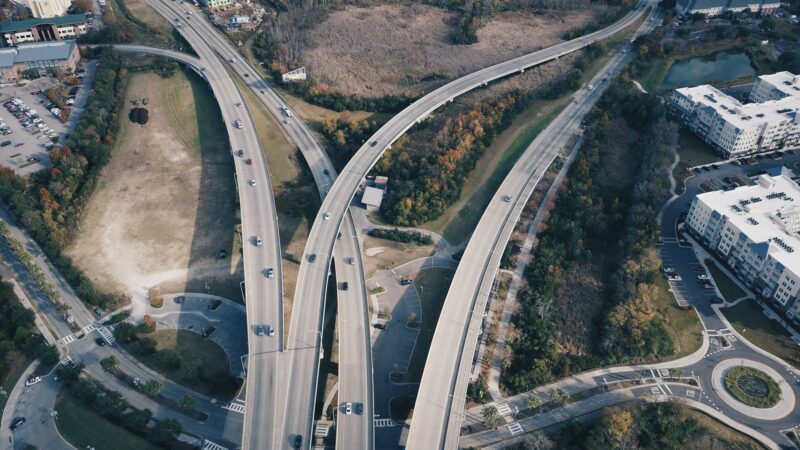 When trying to understand blockchain technology and DeFi, the financial and technical jargon can get overwhelming. However, if we break things down into smaller pieces, it starts to get easier. With this in mind, let’s break down the concept of blockchain bridges and understand it in simpler terms.

In this article, we’ll try to understand what blockchain bridges are, their need, and finally, different types of bridges.

What are Blockchain Bridges?

Now, let’s try to understand the concept of bridges through a real-life analogy. Let’s compare a blockchain network to a highway with its own set of rules such as left or right-hand drive, traffic rules, speed-limit, etc. In the real world, if you want to hop off one highway and take your car to another one, you would use a bridge, right?

Now, the question arises – why do we need blockchain bridges in the first place? Why is there a need to move your tokens from one blockchain to another? Let’s find out.

The Need for Blockchain Bridges

Another big problem with most blockchain networks is the inability to work in tandem with each other, resulting in the siloed nature of each blockchain, limiting users to only one set of rules.

The blockchain bridges allow users to move assets from one blockchain to another while also opening the door to a myriad of benefits for users to get the best yield and make the most out of the market that may exist on another blockchain network.

Similarly, high transaction fees and congestion on the Ethereum network raise the need for blockchain bridges, encouraging users to move their assets to a Layer-2 blockchain network such as Optimism or Polygon.

Now, let’s get to the different types of blockchain bridges.

There are three main types of blockchain bridges:

Basically, it converts the native Bitcoin to a wrapped Bitcoin; an ERC-20 token backed 1:1 with Bitcoin. It’s worth noting that using this bridge, you can only send Bitcoin to other blockchains, but it doesn’t let you send any other token.

A multi-chain bridge with multi-token support allows you to move a range of tokens from one blockchain to another. These bridges can be said to be token and network agnostic serving the needs of everyone.

Some of the biggest and most well-known network agnostic bridges are Wormhole, MultiChain, Allbridge, and ChainPort.  Even though these bridges look similar, they differ in their mechanisms, number of tokens, the blockchain networks they support, security model (Custodian or non-custodian), and other parameters.

If you’ve reached the conclusion, congratulations. I hope you got a basic understanding of blockchain bridges, the need for them, and the different types of bridges. If you would like to learn more, I suggest you head to any bridge app, connect your web3 wallet and experience it firsthand.