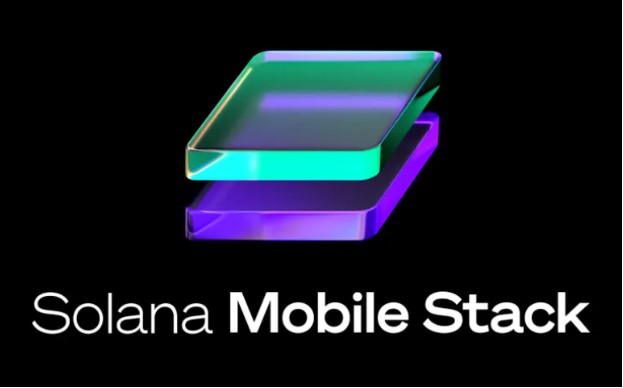 Solana Mobile Stack (SMS) was announced on 23rd June and as with everything Solana, they managed to garner a lot of attention for it. Some even touted it as ‘Web3’s iPhone moment’. Now that the hype has subsided, let’s take a look at SMS and whether it can bring about fundamental changes to the Web3 ecosystem.

I. Intro to Solana Mobile Stack

An SDK is a set of software-building tools for a specific platform, including the building blocks, debuggers, code samples and, often, a framework or group of code libraries.

Whether you are developing a mobile-friendly web app, a React Native Android app, or a native mobile wallet app, SMS will help you use the Solana network on Android devices.

The motivation behind SMS

In order to onboard the next set of users into the cryptoverse which is most likely to be the Average Joe, the focus has to be mobile first. The below chart clearly shows why dapps have just scratched the surface.

Globally, mobile devices make up 61.1% of worldwide internet-connected devices whereas desktops have dropped to 38.9% market share.

However, the trends in emerging markets make the importance of mobile even more apparent. With 1.8 billion mobile internet users (compared to just 500 million in the US and Western Europe) and an aggregated GDP of $36.4 trillion as of 2021, emerging markets are charting an unrelenting and underestimated rise, almost entirely on mobile internet. Driven by a combination of cheap high-speed mobile broadband rollouts, fast-paced digital adoption, and continued economic development, this mobile ecosystem is creating a tremendous number of remarkable opportunities.

Most Western companies talk about “Mobile First”, but for emerging markets, it’s “Mobile Only”. For most users and families, the smartphone is their only computer and communication device. A Pew Research survey across emerging markets found that as of 2019, 54% of internet users in these countries were going online without access to a computer or tablet in their household. That’s compared to only 15% of American adults who are “smartphone-only” internet users as of 2021. Across emerging markets, a huge portion of the population depends on mobile connectivity to access online activities.

For now, there are just a handful of mobile native dapps like Stepn and Audius. It truly feels like 2007 in Web3 as mentioned by Steven Laver, Mobile Engineering Lead at Solana Labs during the launch of SMS and Saga.

For web3 to achieve broad adoption, it needs to be more

Two of these parameters are being fulfilled by focusing on building for mobile devices.

Mobile Wallet Adapter is an open specification for connecting apps to Wallets. It allows Wallet apps to provide transaction signing services for various types of apps on mobile devices: both mobile-friendly web apps running in the browser, and native apps, whether built using React Native, or traditional Kotlin or Java apps.

The protocol will not be limited to just Android, it envisions support for iOS, as well as the capability of Wallet apps to offer signing services to applications running remotely, such as on other smartphones and PCs.

How is it different from just a Phantom wallet integration?

This is a more versatile choice because it opens a bidirectional WebSockets connection between the dapp and the wallet, allowing for back-and-forth communication between them. Multiple transactions can be signed in a single session.

The Seed Vault is a system service providing secure key custody to Wallet apps. By integrating with secure execution environments available on mobile devices (such as secure operating modes of the processor and/or secure auxiliary coprocessors), Seed Vault helps to keep your secrets safe. Your keys and seeds never leave the secure execution environment, while UI components built into Android handle interaction with the user to provide a secure transaction signing experience to users.

This will be only available with Saga, Solana’s smartphone in collaboration with OSOM. OSOM is responsible for developing the implementation of the Seed Vault. SMS will just have an API contract and support library for accessing the Seed Vault.

Currently, the embedded secure element used for Seed Vault is available with slightly premium smartphones. According to Counterpoint Research, over 50% of smartphones will have embedded hardware security by 2025.

It is possible that other OEMs also develop seed vault like functionality, but again it would be initially limited to their flagship devices as the implementation has to be chipset specific.

With the recent developments surrounding the Solana wallets getting hacked, this feature is the need of the hour if we want to see people using dApps on their phones without any fear of losing their funds.

Here is a demo of How Solana Pay works:

1/ ? #SolanaPay took over @AtlasCafe_SF to showcase the future of payments.

The guide will include how to utilize the system features of Android devices to capture Solana Pay URLs via QR codes, NFC taps, messages, and web browser interactions to launch Solana Pay requests.

Solana dApp Store is a new app distribution system on Android for decentralized apps. It will provide an opportunity for apps that want to establish direct relationships with their customers, allowing them to transact without any platform fees. The Solana dApp Store will co-exist with Google Play on Saga, providing access to web2 and web3 apps.

It should be noted that Backpack is also launching a mobile focused app store with backing from Solana Labs, among others. Backpack is envisioned to be a new form of smart wallet which will house apps called xNFTs.

It remains to be seen which app distribution system developers and users in the Solana ecosystem will prefer.

Here is a demo of a fake React native dApp along with the fake wallet app:

A different approach from SMS, ethOS is a full fledged operating system. It uses LineageOS as the base OS. LineageOS is the most used Android fork that is stripped of Google-specific features. ethOS also runs a light Ethereum client as a system service.

ethOS is currently in beta stage and is available specifically for two devices specifically: Pixel 3 and Pixel 5a.

2. Polygon Partnership with Nothing and HTC

The partnership with Nothing will initially be an NFT membership club, with Polygon NFTs provided to people who helped crowdfund Nothing’s launch, as well as those who pre-ordered the Nothing Phone (1). The plan is to infuse the Android-based Nothing Phone (1) with easy access to apps and games on Polygon, as well as payments and future features like Polygon ID, the company’s ZK proof-based identification solution.

HTC Desire 22 Pro, the metaverse phone comes preloaded with apps and wallets that let you access and manage your metaverse content, including crypto and NFTs, from the phone.

Celo is an L1 EVM compatible blockchain protocol using phone numbers as public keys. They have already had an alpha release of their iOS SDK and Android SDK is stated to be launched sometime in Q3 2022.

These are some of the projects that are planning to integrate SMS. There is also a $10M Developer Fund for building on SMS and Saga.

As per the team, many developers are just implementing the mobile wallet adapter to their browser supported dapps as of right now. Once there is some more documentation, they are hoping that more folks will start building.

SMS is definitely a step in the right direction with a focus on reaching users where they are, which is increasingly mobile. Given the launch of SMS will be limited to a single device at a premium price point, the immediate impact for Solana will be small as Saga will likely only be adopted by hardcore Solana enthusiasts. However, if SMS and Saga are a success, focusing on improving the mobile experience could have long-term benefits for the Solana ecosystem.