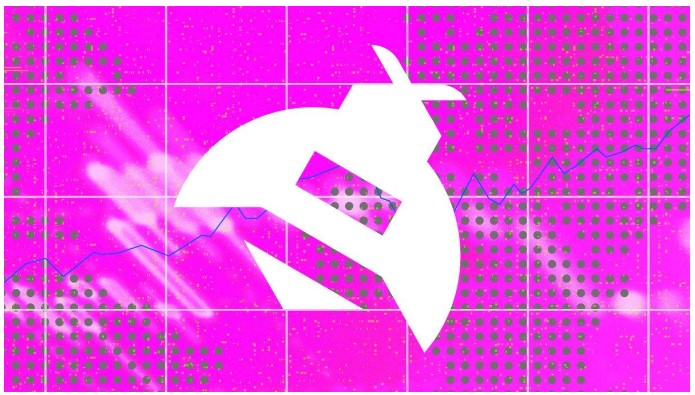 Hivemapper is Multicoin Capital’s latest investment based on their Proof of Physical Work thesis. Protocols that fit this thesis use crypto to incentivize people to do verifiable work that builds real-world infrastructure. Multicoin’s first investment in their Proof of Physical Work thesis was Helium. Here is a comprehensive overview of Hivemapper.

Hivemapper is a decentralized mapping network. Contributors collect imagery via 4K dashcams and earn HONEY tokens. This imagery is transformed into an up-to-date and a high resolution global map. Map consumers buy ‘map credits’ to access this data via Mapping APIs. Google Maps has an absolute monopoly in this market. In 2020, Google generated approximately 4.3 billion dollars of revenue from Google Maps, of which, roughly $800 million was from API services. Morgan Stanley estimates that Google Maps’ revenue will grow to more than $11 billion by 2023. This implies approximately $2 billion in Maps API service revenue by 2023.

For years, Google provided the Maps services for free in order to capture the market and now that it has, it can now charge whatever they deem appropriate. Google maintains its own maps using Google Street View cars, airplanes and satellites to collect aerial imagery, all of which are very expensive.

One alternative to Google Maps is OpenStreetMap. It is a free, editable map of the entire world that is being built by volunteers largely from scratch and released with an open-content license. Unpaid crowdsourcing is quite time-consuming as there are no incentives.

The team at Hivemapper has a good amount of relevant Web2 experience, though the team lacks any prior crypto experience.

CEO and Co-founder, Ariel Seidman, previously founded Gigwalk in 2010 and had raised over $8 million. Gigwalk helps businesses collect data and execute remote tasks at scale. Prior to that, he worked for Yahoo working on Search and Maps.

Co-founder & CTO, Evan Moss has more than 15 years of experience in software development and previously led a team at ScaleAI to create programmable geospatial/3D geometry systems.

Mark Williamson, COO of MasterClass and Amir Haleem, Founder of Helium are the two advisors/board members for Hivemapper as per Crunchbase.

Hivemapper raised $3M in seed funding in 2015 and $18M in Series A funding in 2022. Multicoin led the most recent series A round with Solana Capital, Shine Capital and angels such as Raj Gokal (Solana Labs), Anatoly Yakovenko (Solana Labs) and Amir Haleem (Helium) participating.

Hivemapper initially used drones for the data collection hardware. The team faced the challenges with poor battery life and increasing regulation around drone use. When they pivoted to dashcams, the contributor network and map coverage started to grow.

Hivemapper aims to provide the most economical map APIs in the market along with building a global map that incentivises ownership and freshness.

Hivemapper has divided the global map into small hex shaped regions referred to as ‘map tiles’. Map tiles are the atomic unit of the Hivemapper map that contributors use to build and refresh coverage.

There are two major components of the Hivemapper network:

The Hivemapper Dashcam is based on the Open Dashcam specifications that ensures:

The dashcam comes in two models :

Hivemapper Dashcam S: This model is priced at $649. It is smaller and more discreet compared to the other model and can shoot up to 4k 30fps. Dashcam S is suitable for mapping and security purposes.

Hivemapper Dashcam: This one is priced at $549. It can shoot up to 4k 10fps. The standard model is suitable for mapping purposes only.

Other hardware manufacturers can incorporate the Open Dashcam specifications in their own dashcams and seek approval from the Hivemapper Foundation to run their dashcams on the mapping network.

The dashcam doesn’t have a built-in battery and has to be plugged in for use. Both models are available for pre-ordering.

The app pairs with the dashcam via Wi-Fi to transfer the imagery and location data from the dashcam to your smartphone, and the app transfers the data from your device to the mapping network for processing. You need a Phantom wallet to sign in to the app.

The app has several other purposes as well:

There are multiple types of contributors on the Hivemapper network to collect, validate and maintain the quality of the data: Hivemapper is currently offering only one API called the Map Image API. It provides a dashcam image with metadata describing its:

Hivemapper’s map APIs can be integrated into applications by purchasing API calls with Map Credits. Map Credits are created by burning HONEY tokens.

For every unique km, 50 Map Credits will be charged.

Hivemapper is currently in the Testnet phase. They are shipping dashcams based on “first to pre-order, first to ship.” Contributors will only be able to earn test tokens during the testnet phase.

Hivemapper will be launching their Network (Beta) phase on the 4th of November and they have identified 35 metro regions which will initially receive extra rewards. Mainnet launch date hasn’t been provided yet.

HONEY is the cryptocurrency of the Hivemapper network built on top of Solana. Token allocation is heavily weighted towards insiders, with 60% of the supply allocated towards the team, early investors, the company and foundation. Token unlocks for both investors and team start from one year after the initial token distribution.

Token supply is fixed at 10 billion. After the network beta launches, the Hivemapper Network will begin minting and distributing HONEY tokens to contributors.

The world is split up into regions and each period Hivemapper computes how much map progress has been made in a region. Tokens are minted according to the HONEY token minting schedule and the map progress. The minting rate can decrease by at most 40% biannually, as shown in the schedule above. This schedule is the maximum rate of minting. The actual rate of minting will depend on the map progress.

For the minting to progress at maximum speed, all regions that make up the global map must meet a minimum threshold of map coverage, activity (volume of average activity throughput), and resiliency (how robust coverage is w.r.t. activity) each week.

Once tokens are divided among regions, tokens are distributed among map contributors based on weighting of these five factors:

The HONEY token will be operated under a Burn and Mint with Capped Net Emissions model.

As the Hivemapper network APIs get used for Map credits, HONEY tokens will be burned. At some point in the future, there won’t be enough newly minted HONEY tokens to distribute to the contributors. With Net Emissions, burned tokens will be added back to the supply. To mitigate some of the inflationary pressure, Capped Net Emissions are preferred which sets a limit to the burned tokens that can be re-minted.

One thing to note with this type of model for the token, the priority is compensating the contributors and not value appreciation.

Hivemapper has raised $21M to date and 20% of the HONEY tokens are allocated to the investors. Assuming its an all token warrant deal, Fully Diluted Valuation (FDV) will be around $105 million.

The public market values Alphabet, Google’s parent company to be 4.8 times their revenue at present date. As calculated before, Google Maps API’s 2023 revenue will be around $2 billion which implies a $9.6 billion valuation for Google’s map API business. Should Hivemapper manage to capture 1% of the market, it could be worth approximately $108 million using Alphabet’s revenue multiple. There is a reasonable argument for applying a higher multiple to Hivemapper given its early stage and prospect for growth, which would give Hivemapper a valuation north of $108 million at 1% market share. Additional revenue multiple comps can be found here.

RealityPlatforms is trying to build a high quality 360° street imagery dataset and eventually build a 3D metaverse map which can also be used for games. Reality Platform is actually targeting a service like the one provided by Google called the Street View trusted photographer that helps create virtual tours for businesses.

The supply side success story for Proof of Physical Work based projects has been shown by the likes of Helium. It is the demand side that requires utmost attention. For that, there needs to be an adequate amount of map coverage first. Working with OpenstreetMap will help expedite the process.The team has mentioned that there are soft commitments made by some parties. While D2C is great, partnering with IT consulting firms can expand distribution channels.

The good thing going for Hivemapper is that it’s not just trying to undercut the competition in terms of pricing but also differentiating its product offering in such a way that will be hard for the Big tech companies to replicate.