In Conversation with the CooperX CEO: Our Take on The Dimly Bright Future of Blockchain and… 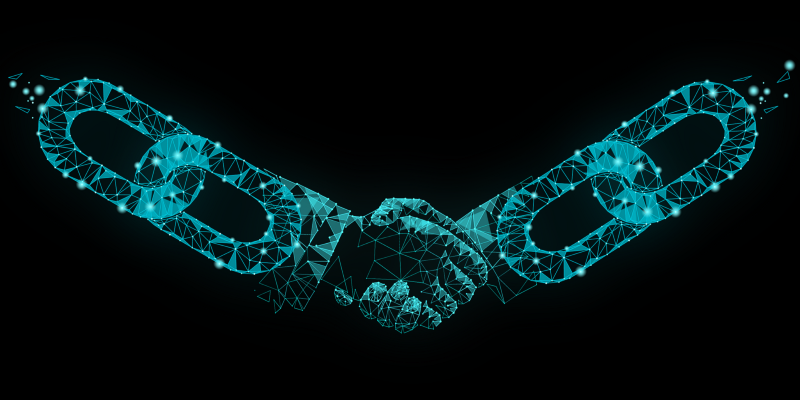 Yesterday, we had the opportunity to meet Adrian Zhang, who graduated from Duke University from 2011. He is also the founder of Cooper, a cryptocurrency exchange platform that plans to revolutionize the way cryptocurrency can be integrated into everyday life. Suppose tokens are used to purchase goods and services but you don’t want to hold onto the token to receive the good or service because the price can fluctuate. By using Cooper, the consumer will be able to convert their account balances into a utility token that is immediately redeemed for a good or service, leaving no market exposure to the underlying utility token.

Adrian believes that in the future, tokens can replace goods such as tickets, and purchase services like car service. In the case of a good such as a ticket, tickets can be resold and the content producer does not receive any of the profit from the resale. “Think of a Beyoncé concert,” Adrian said. “There are sites that let you purchase Beyoncé tickets online. But there are companies with bots that purchase tickets within milliseconds, and then those companies resell those tickets for much higher prices. Beyoncé gets none of those proceeds.

“A token from a smart contract blockchain may allow Beyoncé to capture some of those proceeds. For example, it can be built into the smart contract to require transaction fees be paid to Beyoncé when tickets are transferred.”

That’s where Adrian comes in with Cooper. “If I can link people and the service that companies provide by providing faster, cheaper, and more efficient markets, then I can be profitable while giving the public much better prices for utility tokens.”

What if the companies don’t deploy their own cryptocoins? “It’s a gamble,” Adrian told us. “I have one vision of how cryptocurrency will change the future. Someone else has a different vision. Ultimately my goal is to further the use cases of cryptocurrency so its benefits can be used by society.”

What Adrian is talking about is the untapped potential of the cryptomarket — and how it has the potential to remain untapped.

The introduction of cryptocurrencies and cryptotokens into the modern economy presents a classic chicken-and-egg question: which comes first, the companies that supply the tokens or the demand/use cases of a blockchain? Gayatri Sarker writes in her article about the fallacies of companies attempting to employ blockchain:

“we can not slap blockchain to every project to get funded unless there is a well-researched real world use case solution that can not be solved through enriched database or simple digital ledger implementation.”

In other words, there has to be a feasible factor that drives the necessity of using a cryptotoken in everyday processes. Otherwise, it’s no better than the infrastructure already in place, and deprives conversation about the topic by rendering the term “blockchain” a buzzword. The biggest problem with blockchain and the issue skeptics love the most is that most of the things blockchain promises to do can be done easily with other technologies. Why fix it if it isn’t broken?

Even more alarming is the lack of public awareness about the topic. It’s obvious to all of us that the public is in the dark about the proceedings in the cryptoworld — ask someone on the street about blockchain, and you’ll most likely be met with blank stares. Ask them about Bitcoin, and now you have hope for having an engaging conversation about the cryptoworld. In fact, 59% of consumers don’t even know what a blockchain is.

It doesn’t help that the cryptoworld is complicated. You need economic, technical, and political knowledge to fully understand blockchain and its feasibility. Why would the public rally behind something they fail to understand?

As Sarker says in her article, presenting a problem and slapping blockchain on to it as the “innovative-next-generation-21st-century solution” doesn’t work. The Gartner Hype Cycle (also discussed in Sarker’s article) encapsulates this behavior perfectly; as companies hail blockchain as the next-gen solution, people buy into the hype, which emboldens the creators of the companies. If the company is a flop/scam (incredibly, 80% of ICOs are scams) or doesn’t produce results relative to its hype-induced goals, then the hype diminishes for both the company and public confidence in blockchain as a whole. Suddenly, the blockchain is associated with scandals and mistrust. Ever since the end of 2017, cryptocurrencies have been in a bear market due to scams and other issues. Coupled with criticism from mainstream media and financial authorities, majority of people have problems trusting the blockchain.

These problems require a chicken and an egg to come first. Companies must research and find a commercial problem that a blockchain solves most efficiently, to the point where others are convinced of its commercial viability. Without creating value or providing utility, there is no point of using a digital currency.

Simultaneously, the public must inform themselves about the mechanisms of blockchain, its market potential, and its shortcomings. Companies can try to accelerate this by being transparent and consequently showing that they are trustworthy. Transparency about blockchains are important; in an industry of self-regulation, the consumer needs to understand where their money is going. There is no government or governing body to curb abuses of power or scams (remember the 80% statistic?). There can be no business if there is no trust. https://yourtechlist.com/ With every new ICO with an ulterior motive of scamming consumers of their pockets, blockchain loses the luster it has. Public trust in blockchain is depreciating; all these changes are required for it to rebound and settle as a viable business model.

Adrian’s idea is interesting and we believe that it can set a foundation on how cryptocurrency can be used in our everyday lives. In order to make it a reality, we need the public to be more educated on these matters. Every portion of the blockchain ecosystem, from a founder with a vision like Adrian to the software engineers and businessmen who make up a blockchain-oriented company to blockchain-educated public, matters in order to turn blockchain from a faraway future to an integral financial structure. Else, blockchain may become an extinct novelty — an engaging new idea that spurs development and imagination but has no real value or viability.